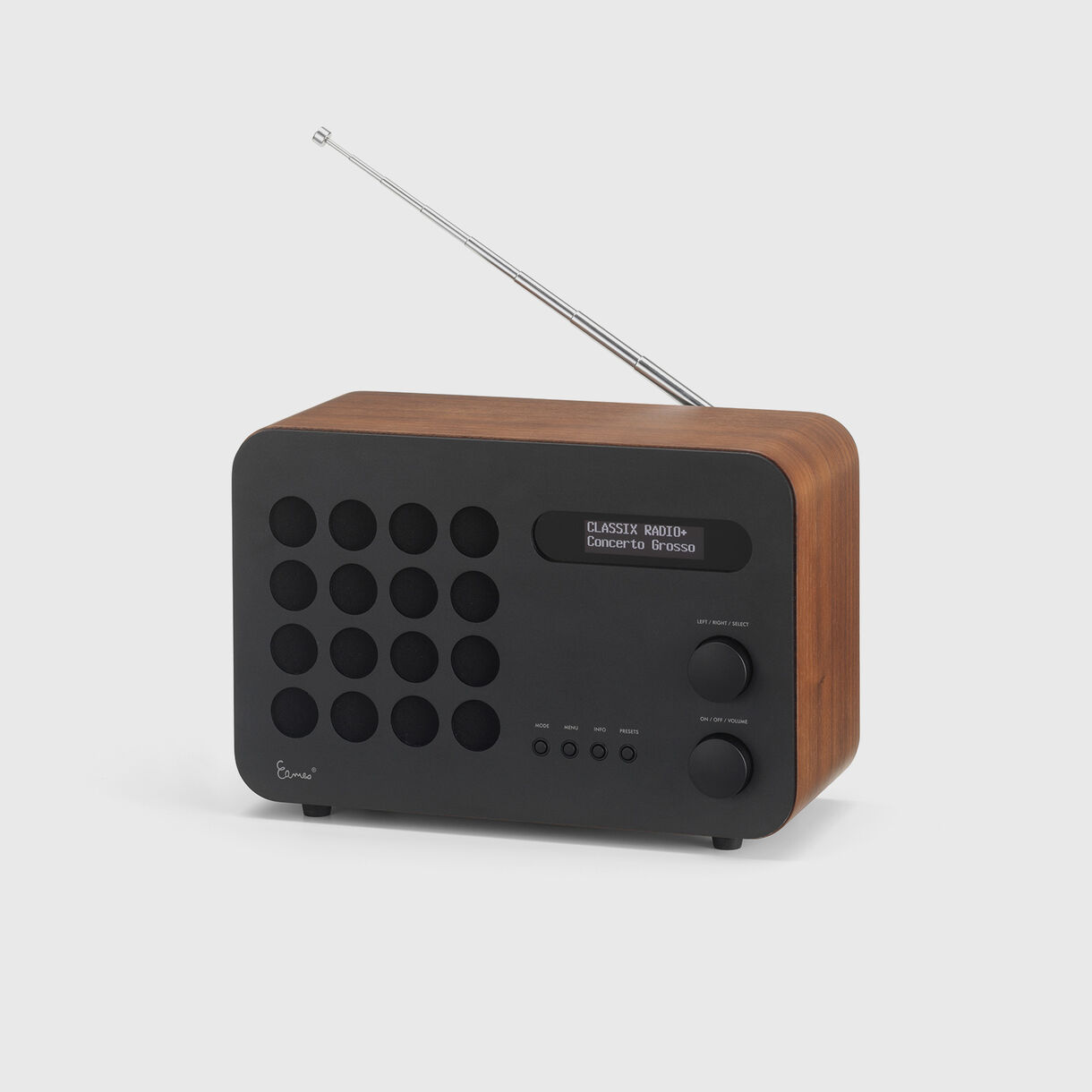 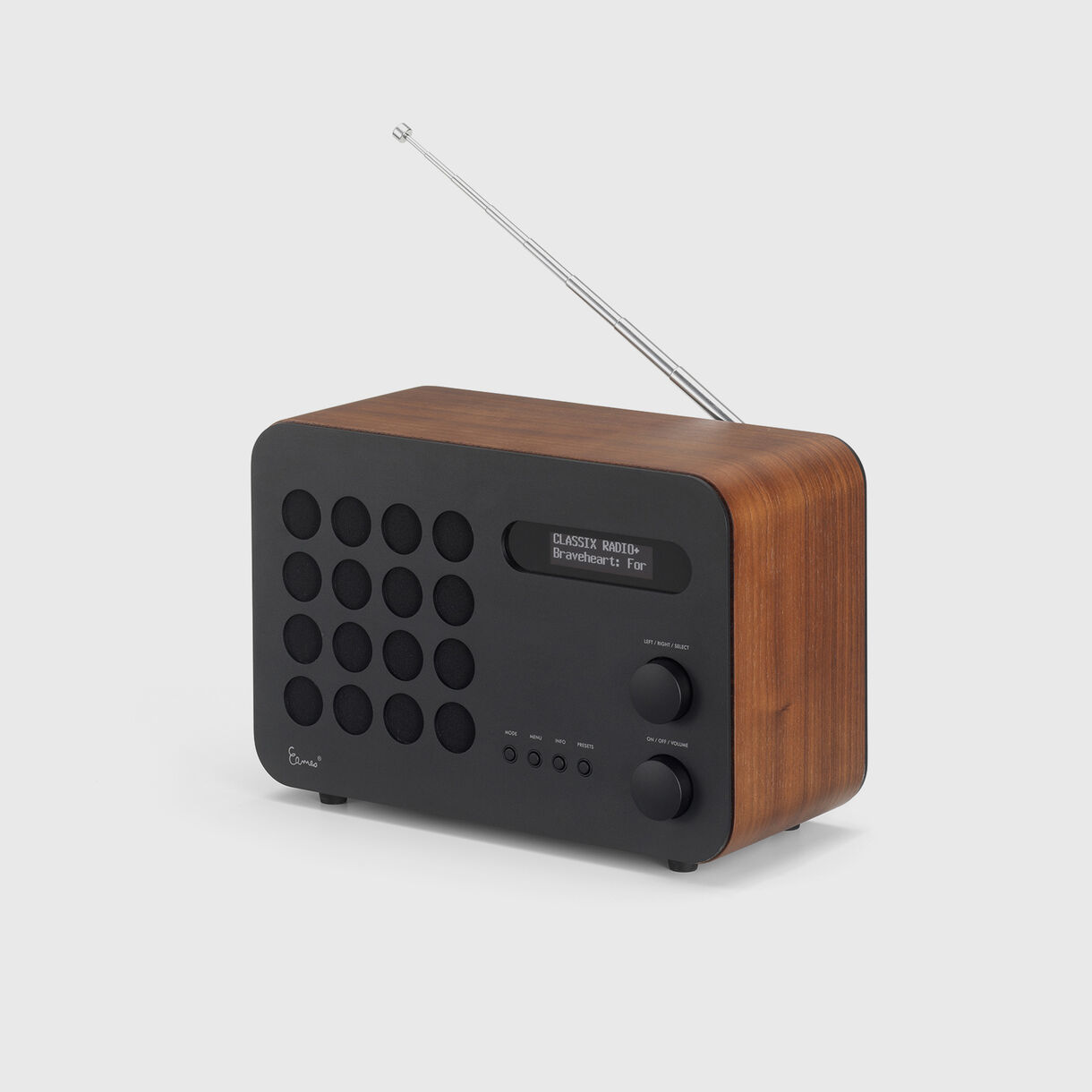 $1,970
Zip - Buy now, pay later interest free
In collaboration with the Eames Office, Vitra is now launching a compact radio designed by Charles and Ray in 1946, though never produced at the time. The Eames Radio today bears witness to the designer couple’s unwavering belief in progress.
Item No. VT-EAMESRADIO
3.6 out of 5 Customer Rating
Quantity:

Lead Time: The lead time on this product is approximately 10 to 12 weeks

After developing a successful method for moulding plywood in the early 1940s, Charles and Ray Eames employed the acquired know-how to create a wide range of products – including radio cabinets. By 1952, roughly 200,000 radios with cabinets designed by the Eameses had been sold by various manufacturers.

One design, however, never went into production: an elegant table radio with a moulded plywood case, whose compact shape and austere, more technical look were unusual for the time. Completely conceived by the Eameses in 1946, the radio was rejected by the designated manufacturer, who wanted a 'normal design'. Charles and Ray sent photographs of the prototype to the magazine 'Interiors'; matchbooks were included in the pictures as a scale reference. Their aim was to increase the acceptance of smaller, more modern devices. However, this goal proved elusive, and the production of Eames radios was discontinued in the early 1950s.

More than 70 years later, Vitra has joined the Eames Office to revive the design of this compact radio, which was a favourite of Charles and Ray. Encased in an elegant walnut cabinet and equipped with up-to-date technology by the British manufacturer REVO, the Eames Radio today bears witness to the designer couple's unwavering belief in progress.

The Eames Radio is available in a limited edition of 999 units. 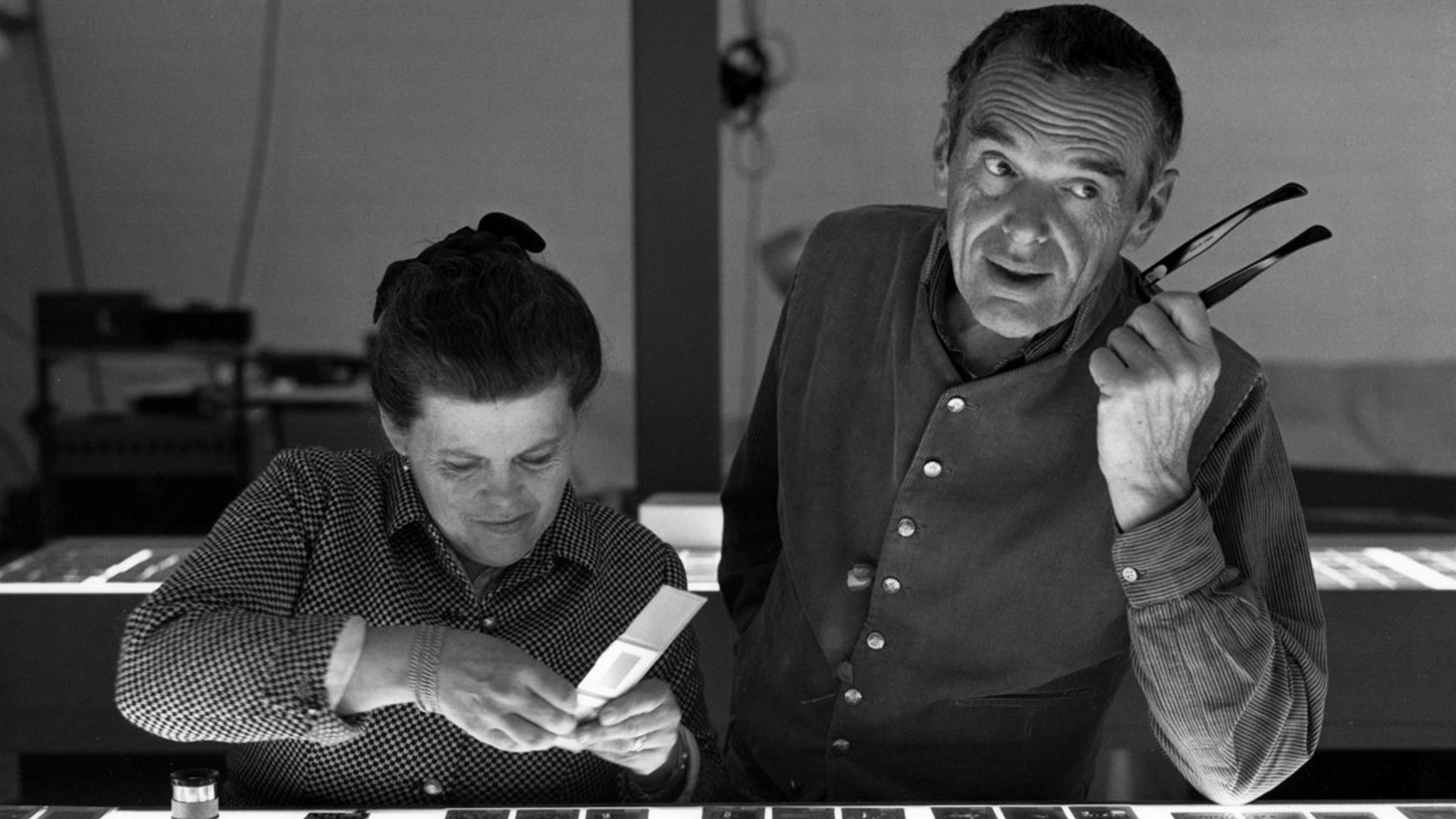