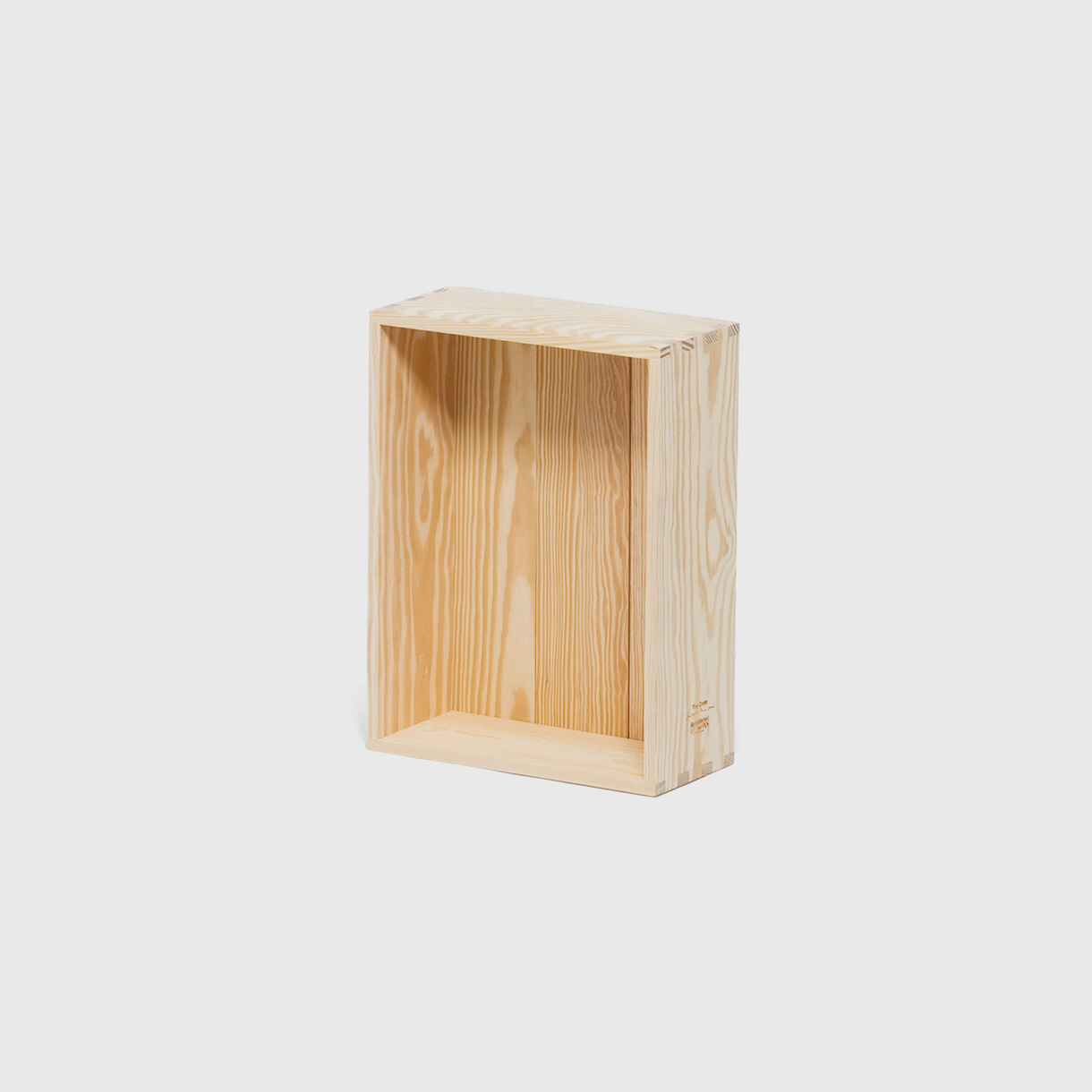 Emphasising honest materials and usability, Jasper Morrison uses a familiar form in idealised proportions to draw attention to the possibilities of an undervalued, everyday object with his Crate design.
Item No. ES-CRATE
3.5 out of 5 Customer Rating
Quantity:

This item is currently on backorder. Estimated Delivery: 16 to 18 weeks

The Crate, one of the most modest, and yet, most debated products to be released in 2006 left designer Jasper Morrison inundated with demands to justify the reasoning behind his homage to the humble wine-crate.

Whilst quizzical journalists and industry insiders argued amongst themselves as to whether The Crate was a cynical practical joke by Morrison, a comment on consumption or simply a celebration of simple design, Morrison was quietly crafting his own response to the uproar.

The Crate Series is an evolution of last years statement; it comprises of five individual storage units that make use of the elementary and functional qualities that first endeared Morrison to the original crate.

The Crate appealed to Morrison because it represented the antithesis to ego-driven design and now, with this extension to the family, Morrison is underlining his commitment to those same design qualities. The Crate Series is functional, un-laboured and relies on honest materials and simple forms. Established & Sons was launched in Milan 2005 with a mission to produce products at the vanguard of design and become a recognised innovator in the industry. Known for thinking outside the box, Jasper Morrison is one of the most successful industrial designers of the past few decades.