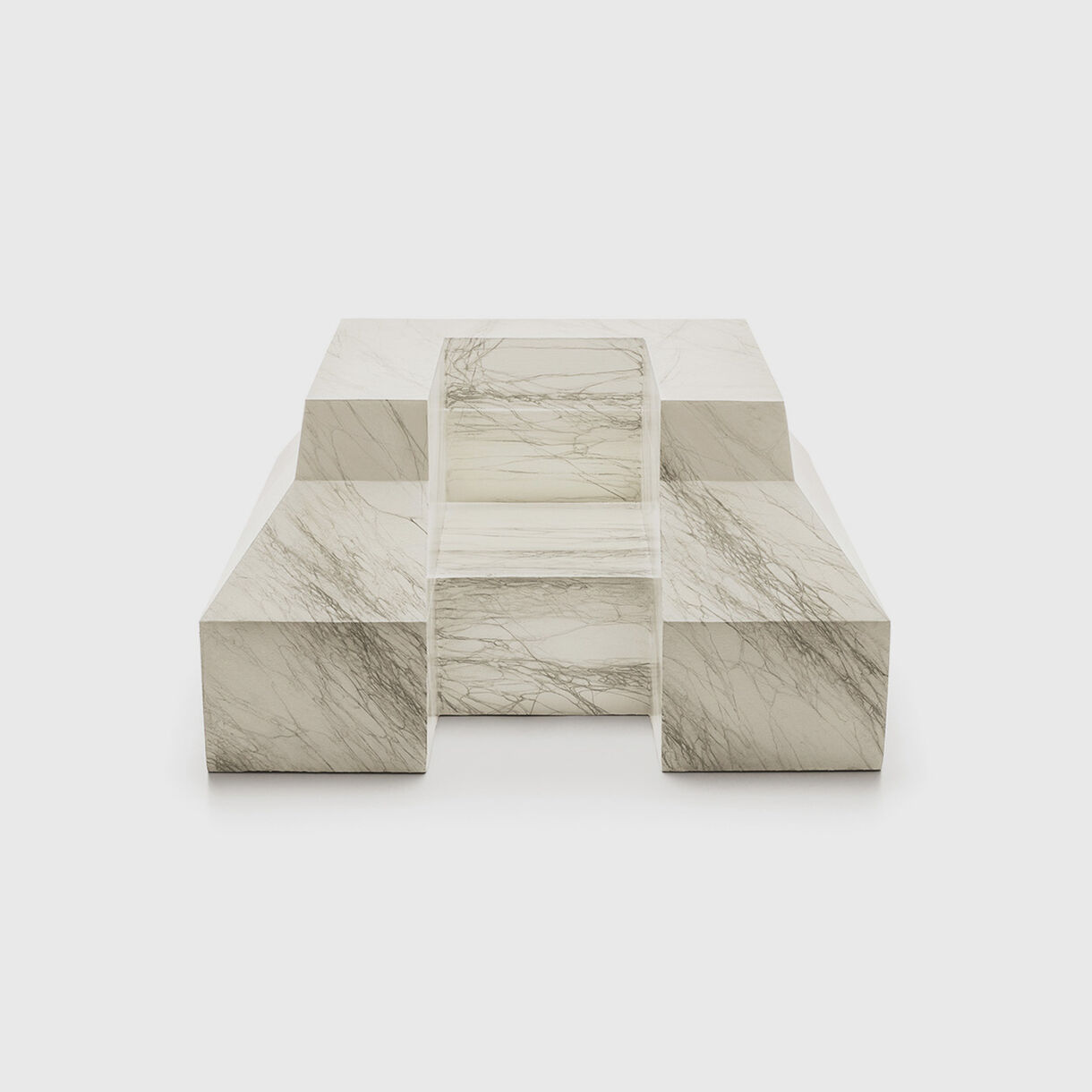 $21,400
Zip - Buy now, pay later interest free
Poltrona is a dichotomy between chasing automation at all costs and the fundamental virtue of the artisan, whose steadfast and expert hand actualizes the artistic action.
Item No. GUF-POLT
5 out of 5 Customer Rating
Quantity:

Gufram met Alessandro Mendini for the first time in 1974. The context is the magazine Casabella of which Mendini at the time was the director. On the November cover of that year, in a white interior and glossy parquet floor setting, there was a barefoot woman in a blue jumpsuit sitting in an austere and unwieldy tomb.

It was a block of fake granite, almost three metres high, designed by Mendini and produced on that occasion by Gufram. It was an enigmatic image, so curious as well as forbidding that only forty years later did somebody in the company find the courage to ask the author about it.

And from here starts again a dialogue, which had been maybe willingly interrupted, between designer and company, between concept work and physical work, speaking of the past and the future, of what design is and what it must forcefully be even by pretending. And so Poltrona was born, designed by Mendini for Gufram in 2014. It is a project that is also a philosophy, made up of unique contrasts between the lightness of polyurethane and the heavyweight simulated by the fake marble that looks even more real than the real one.

It looks so like marble as to have fooled the haulier of a famous museum: worried about its weight, he had foreseen the use of a crane to move it An architect, designer, painter and architecture and design theorist, he was born in Milan in 1931. He gained international renown in the Sixties of the XX century; he is linked to the theoretical foundation of Postmodern Design and the concepts of banal design (the design that utilises banal as a linguistic code and "allows citation, incongruence, inauthenticity and incompleteness") and of re-design ("decoration interventions on rediscovered objects or famous design products").